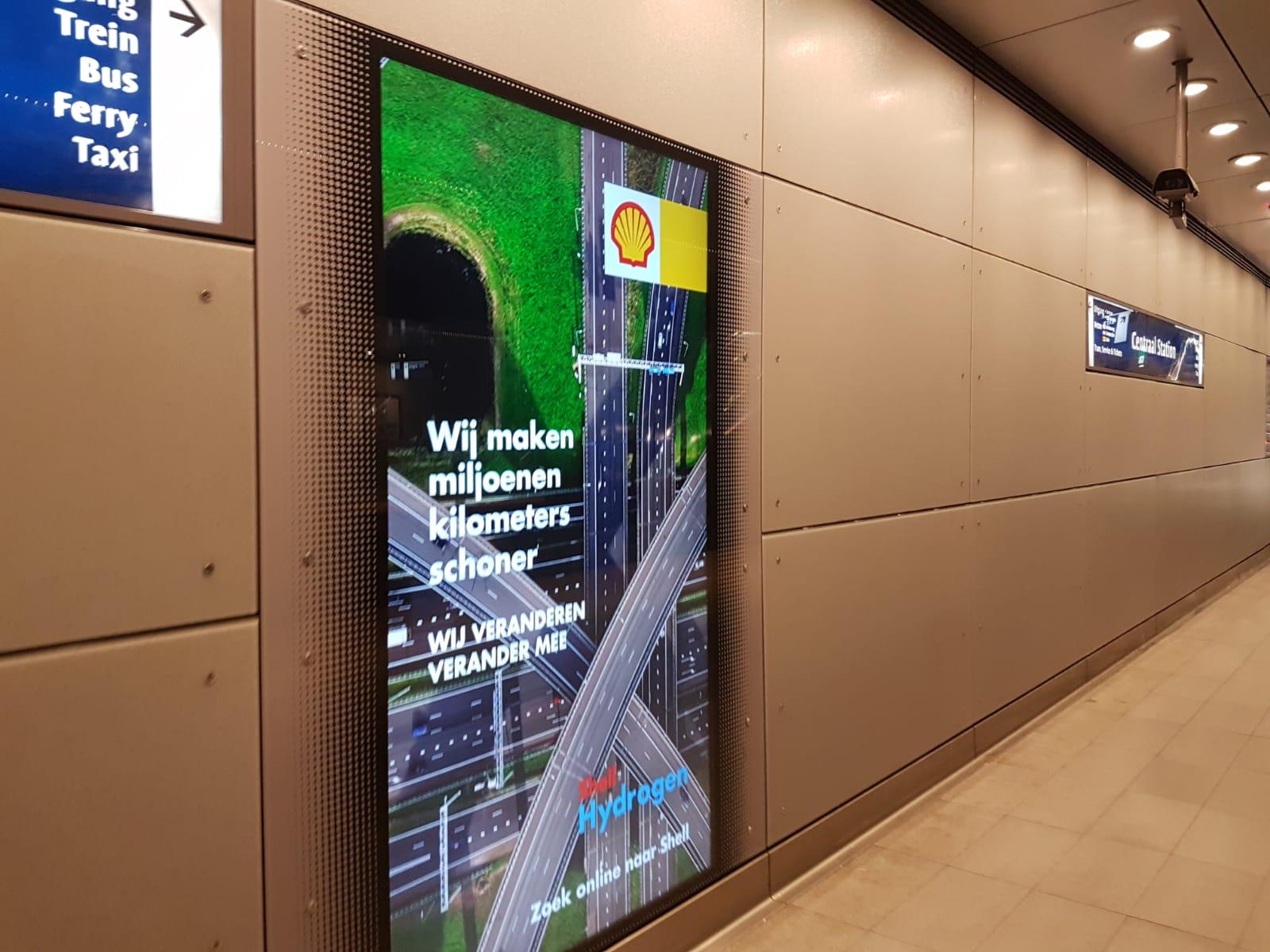 Parliamentary questions were filed today about the need for a ban on fossil ads, following a ruling by the Dutch Advertising Code Committee (RCC) that Shell misleads with the advertisements about green hydrogen. The ruling came on the same day that Shell received another complaint about its advertising campaign on CO2 compensation. A case about that campaign was won in 2021 by 9 law students and their professor, but the submitters see that Shell still advertises with offsetting.

Won: “Millions of kilometers” not in context

In the misleading advertisement Shell claims to make millions of kilometres cleaner with buses, trucks and cars running on green hydrogen. The RCC rules that “millions of kilometres” seems a lot without context. While in fact it concerns only a small part of all kilometres driven. The advertisement is part of the broader marketing campaign in which Shell claims: “We are changing. We want to. We must. We are doing it. We are changing into one of the biggest drivers of the energy transition.”

The petitioner, Jilt Sietsma, is an entrepreneur in sustainable energy. He is happy with the ruling. “Shell has to back down again because of misleading advertising. As long as fossil activities continue to grow, it is misleading to put the magnifying glass on the green steps.”

The RCC also rules that Shell wrongly labels its hydrogen as “green”. Shell produces the hydrogen not from water and green electricity, but from the residual product of a chlorine plant that runs on fossil fuels. Also, the electricity is only ‘green’ through certificates.

Tom Saat, owner of a city farm in Almere, filed the complaint. During the hearing a few weeks ago he explained that he produces green hydrogen himself, from water and solar energy. He is annoyed by the deception of Shell, which also calls its own hydrogen “green”, but is actually grey. The RCC agrees with Saat. It notes that hydrogen can be produced in different ways with different environmental impacts. The way Shell produces the hydrogen is not what the average consumer will expect when talking about “green hydrogen”. Therefore the advertisement does not comply with the Dutch Advertising Code and is misleading.

The RCC will publish the decisions on its website in two weeks, unless Shell appeals. The ruling on two other complaints against advertising within the same marketing campaign “We are changing” will also follow in a few weeks.

Six months ago Shell suffered a significant loss when the RCC ruled that the marketing campaign “Drive Carbon Neutral” was misleading. Because Shell still tells customers that they can offset CO2 emissions for 1 cent extra per litre, the winners of the earlier complaint – assistant professor Clemens Kaupa, Greenpeace Netherlands and Reclame Fossielvrij (Fossil Free Advertising) – filed another complaint with the RCC. The “Drive Carbon Neutral” campaign not only runs in the Netherlands but in many other countries, amongst which Canada, the United Kingdom, Germany, Denmark, Switzerland and Austria.