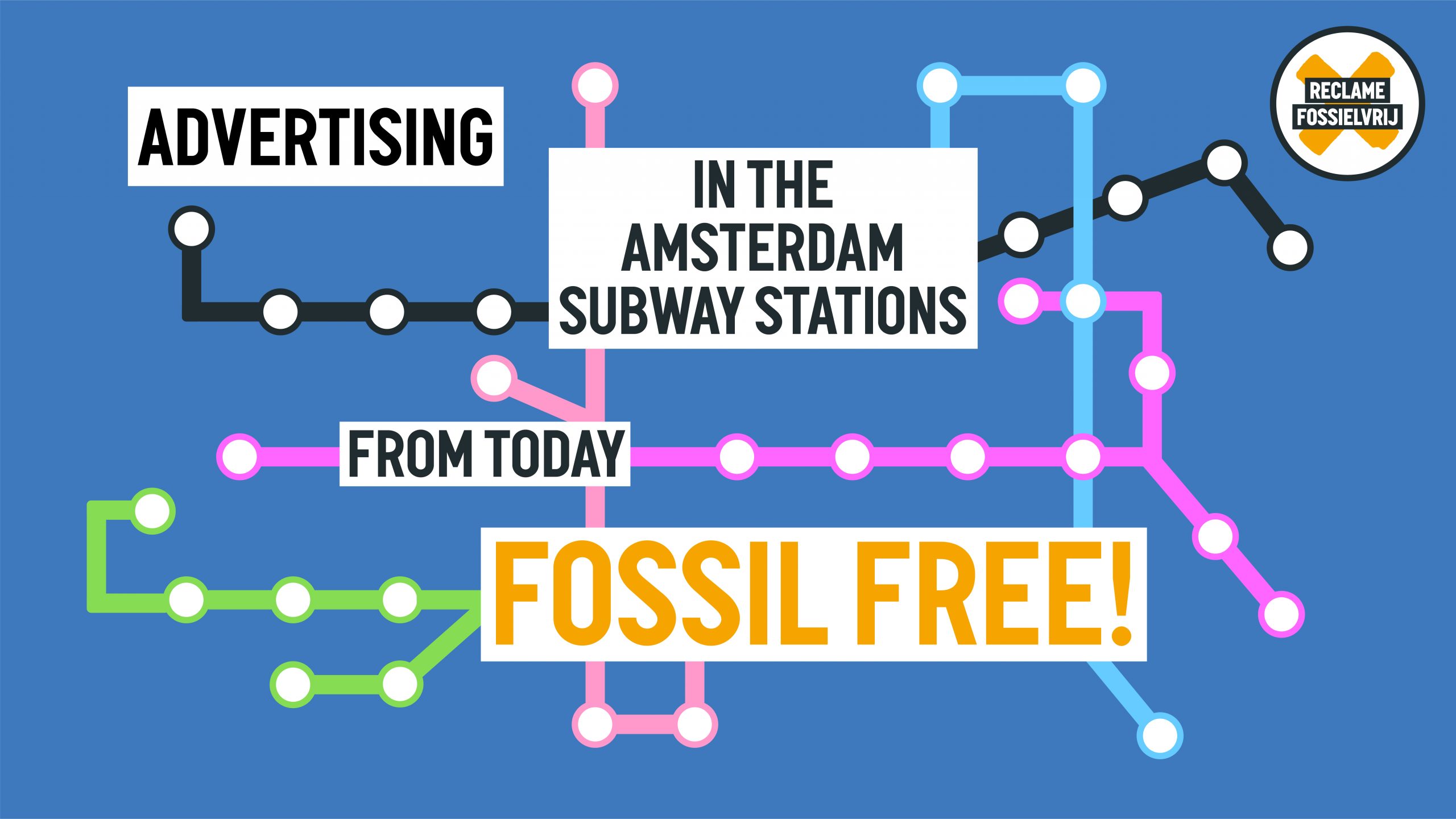 As of today, advertisements for ‘fossil fuel products’, such as air travel and cars that run on fossil fuels, will no longer be seen in the subway stations in Amsterdam. Alderman Marieke van Doorninck (Sustainability) and Radjen van Wilsem, CEO of CS Digital Media, will sign an agreement at 12.45 hours at Amsterdam Central Station. Amsterdam is the first city in the world that wants to keep fossil fuel advertising out of the streets.

Never before has a city taken the decision to ban advertising solely on the basis of climate change. The agreement about advertisements in the metro stations is the municipality’s first step towards making advertising in Amsterdam fossil-free. The capital is still investigating how to ban advertising and marketing (festivals) of fossil fuel companies such as Shell and Exxon.

“The need to combat climate change should also be reflected in the street,” said Alderman Marieke van Doorninck in the 7:45 am news this morning on NPO Radio 1. “Also in advertising. That is why we want to ban fossil advertising in Amsterdam. The subway stations are now taking the 1st step. We also enter into discussions with other operators. But to arrange this properly, a national ban is needed. ”

Reclame Fossielvrij (Fossil Free Advertising), which strives for a nationwide ban in the Netherlands on advertising by the fossil fuel industry and advertising for polluting transport, congratulates Amsterdam and calls it an important step. Coordinator Femke Sleegers: “The decision to ban fossil fuel advertising from the subway stations comes at a crucial moment in the fight against climate change. We don’t have any time to lose towards the Paris climate goals. Advertisements that portray fossil fuels as normal and aggravate climate disruption have no place in a city or country that has complied to Paris.”

Amsterdam’s motion to ban fossil advertising had national and international spin off. In answers to written questions the city boards of The Hague, Utrecht and Nijmegen stated that they were open to a ban on fossil fuel advertising, although the latter two cities believe that such a ban must be regulated with a national ban. Motions have also been filed abroad in Canada, England, Sweden and Finland. The New York City government takes a different approach and tries to enforce a court ban on misleading advertising from Shell, BP, Exxon and the American Petroleum Institute.

The wish to ban fossil fuel advertising was put forward in a motion that passed in the Amsterdam city council last December. The motion followed after Reclame Fossielvrij and 51 organizations from Amsterdam sent a letter that called on the city to ban advertising that doesn’t fit in with its sustainability policy. Previously public transport company GVB had decided to sharpen its advertising policy in order to keep greenwashing advertisements out of its buses, trams, metros and ferries, after a call for this by Extinction Rebellion Amsterdam.