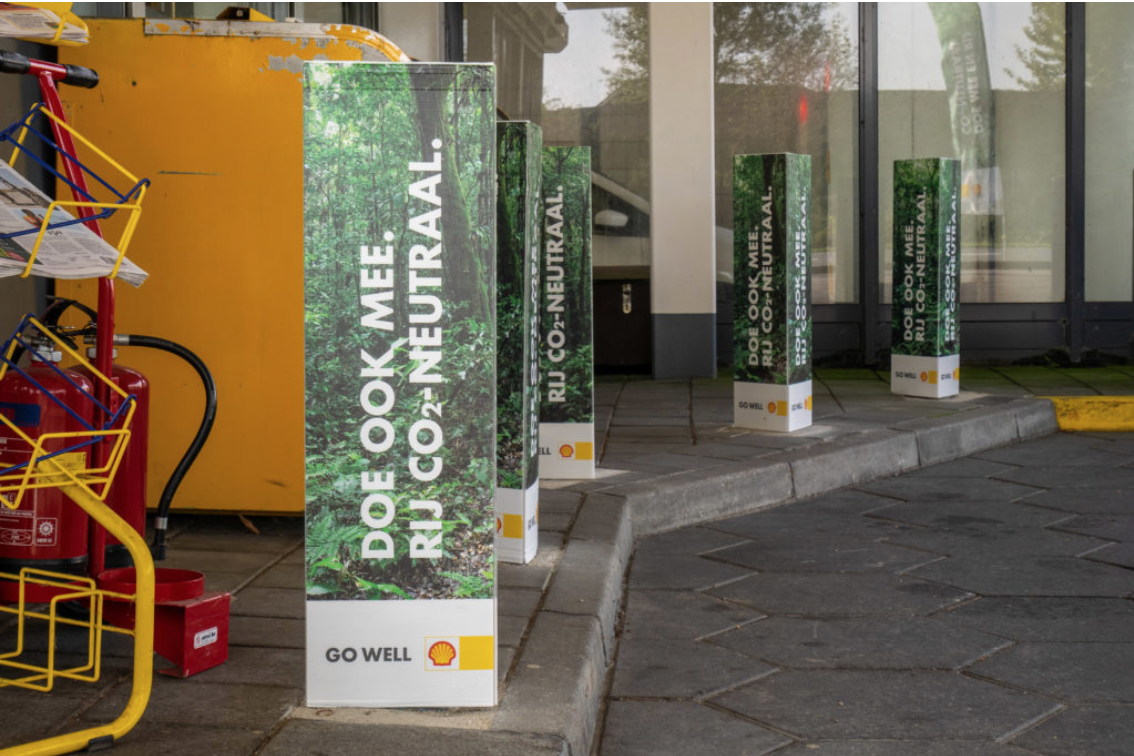 Advertising by the fossil fuel industry is inherently harmful and misleading. Just as tobacco advertising is. The industry is unable to stop the deception with self-regulation. Therefore, it is time for fossil fuel advertising to be treated in the same way as tobacco: with a total ban. This is what assistant professor Clemens Kaupa (Vrije Universiteit Amsterdam) argues in the Journal of European Consumer and Market Law this month.

“Fossil fuel advertising is undermining the Paris Agreement goal in several ways,” writes Kaupa. According to him, these advertisements stimulate the demand for fossil fuels and thus play a decisive role in strengthening a fossil lock-in (new investments in infrastructure that lead to long-term dependency on fossil fuels). In addition, they undermine social support for the energy transition and cast doubt on the damage caused by fossil fuels. Kaupa also mentions the effect on policymakers, who because of the advertisements do not see how the fossil fuel industry is counteracting their climate policy.

Industry gets away with deception

Although misleading advertising is prohibited, the fossil fuel industry is getting away with it en masse. “The enforcement of the prohibition against deception is very unsatisfactory,” said the author. “While science and politics agree that fossil fuels should be phased out as soon as possible, the fossil fuel companies are free to promote their destructive products and do so by misleading claims about climate and environment.”

Watch dogs focus too much on details

After examining a number of statements about fossil fuel advertising by Dutch and British enforcers – Advertising Code Committee and the Advertising Standard Authority – Kaupa concludes that the advertising watchdogs allow the fossil fuel industry to get away with this deception by only focusing on a close study of textual claims. They therefore do not see the big picture.

Elephant in the room

The lawyer is extremely critical of the advertising watchdogs. Even in the complaints of deception leading to a rebuke from the authority, such as the RCC case of a Shell children’s advertisement in which the oil multinational claimed its fossil fuel Gas-To-Liquid contributed to SDG 7 for renewable energy, the RCC missed the ‘elephant in the room’, observes Kaupa. The mere fact that they put a positive spin on a harmful product in their marketing is misleading.

By focusing on textual nuances the RCC and the ASA undermine the effectiveness of their own work. After all, their statements are easy to circumvent for the fossil fuel industry. A small reformulation is enough, while the marketing communication as a whole remains misleading. This, says Kaupa, is a waste of time and effort for consumers and NGOs who enter these complaints and without whom there would be no self-regulation at all. He points out that the approach to tobacco did not focus on correct information, but on preventing a harmful product from being presented as normal by advertising and marketing.

Kaupa advises to learn from the approach to tobacco even before a law enters into force. “The important thing is to realize that any advertisement for a harmful product is misleading because it normalizes.” When we realise that we can tackle fossil advertising better, even before the ban comes into force.

Reclame Fossielvrij (Fossil Free Advertising) feels supported by the article in the legal scientific journal. “Kaupa’s article is a major boost to our campaign to ban fossil fuel advertising. And until the ban is in place, the article can help anyone who files a complaint against advertising that is harmful to the climate and the environment. ”

Anyone who opposes harmful advertising should put Kaupa’s article in their favorites, says Reclame Fossielvrij. “It is very educational, also for example the piece on the psychology and neurology of advertising. Too many people believe that the responsibility for deception lies with the one who is misled. But Kaupa cites research that proves that we are no match at all against the sophisticated manipulation of advertising. For example, we are unable to deal with numerical comparisons and we simply cannot resist positive messages. Children certainly can not. Kaupa is therefore right by pointing out to the advertising watchdogs that in their statements they do not pay attention to the fact that precisely these children at whom the advertisements are aimed, will have to deal with the effects of climate change in their own lifetime.”