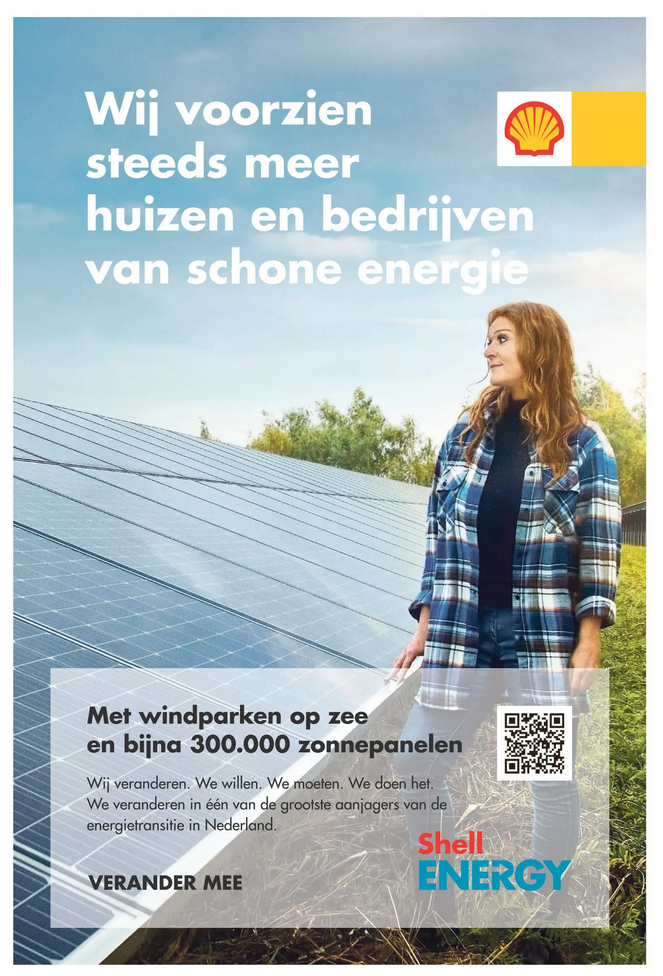 The Advertising Code Committee in The Netherlands considers it “unjustifiable” that Shell presents itself in advertisements as “driver – let alone one of the biggest drivers – of renewable energy”. The advertising watchdog announced this to the complainant this week. Last Thursday, Shell was already reprimanded twice for other misleading phrases in the same advertising campaign ‘We are changing’. This led to questions in national parliament for the Minister of Climate and Energy.

The complaint is about the campaign in which Shell states ‘We change, in one of the biggest drivers of the energy transition’. The judgement rules: “The phrase “We are changing into…” suggests that the new situation (renewable energy) replaces the old situation (fossil fuels). This cannot be said as long as Shell continues its investments in fossil projects almost unabatedly.”

The complaint had been filed by musician and scientist Jos Koning. On seeing the decision, he thought: “Justice! A multinational that has deliberately obstructed the energy transition for decades cannot call itself a driver. The only thing that Shell has driven is the destruction of the climate. Not Shell, but the environmental movement is the driver of the transition!

Femke Sleegers of Advertising Fossil Free is pleased with the ruling. “This is unprecedented. One advertising campaign of Shell – ‘Wij Veranderen’ (We Change) has been found misleading on no less than three points in three complaints. Last week, the committee already ruled that Shell’s green hydrogen is in fact gray and that Shell is deliberately vague with its figures. Now the committee states unequivocally: Shell is not a driver of the transition, Shell does not change at all.

Last Friday, three political parties asked questions in national parliament in response to last week’s statements. They asked the minister to investigate a ban on fossil advertising. Reclame Fossielvrij fights for such a law, both in the Netherlands and in the EU, with among others Greenpeace, WWF and ActionAid. Sleegers: “We cannot afford that the fossil industry sows doubt with advertisements about its role in aggravating the climate crisis. That is why we need a law that bans fossil advertisements. Just like tobacco advertisements have been banned.”

The Shell campaign, which has been reprimanded three times, was visible everywhere in The Netherlands; in bus shelters, advertising panels and social media at the end of last year, in the final phase of the cabinet formation. The advertisements were also full-page in all newspapers and broadcast on radio and TV.