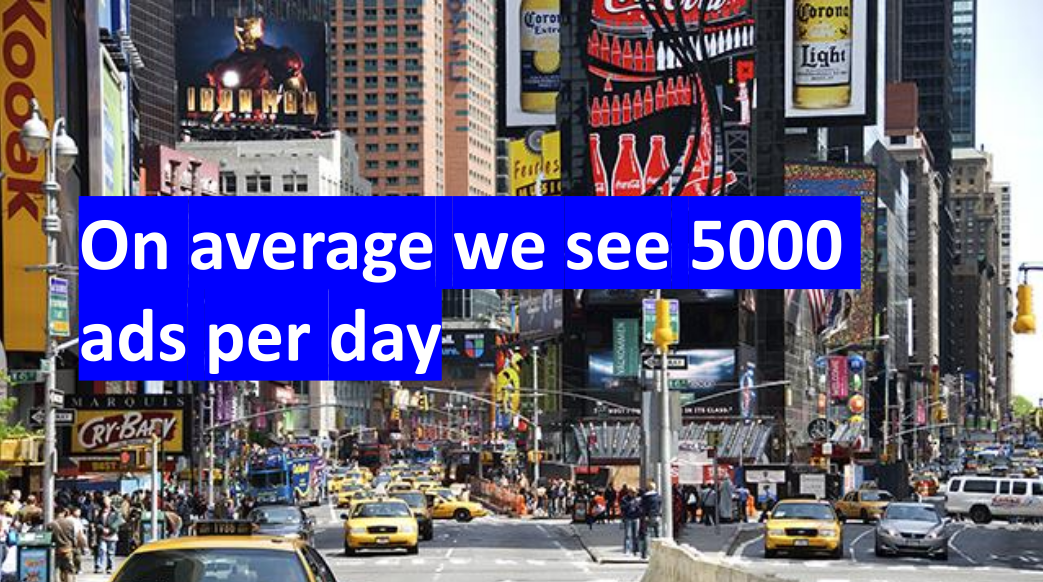 What role can the World Health Organization play in a global convention banning fossil advertising? In the webinar “Tobacco Law for the fossil fuel industry”, a policy expert from the UK, an activist from the Niger Delta, a lawyer from the UK and a doctor from Egypt explored the possibilities. The speakers agreed on the need for a law that sends fossil advertising after the Marlboro man. But they were looking for quicker ways to do this than through the multilateral coordination within the WHO.

The conclusion: banning fossil advertising is best done in countries or regions where the right to health is enshrined in the constitution. The WHO can play an important role in this by researching the effect of fossil advertisements on health and climate damage.

Below is a report of the zoom webinar “A tobacco law for the fossil fuel industry” on Thursday 19 May 2022. The webinar was organised as a civil society side-event prior to the World Health Assembly that starts today. It was organised by Advertising Fossil Free, Geneva Global Health Hub (G2H2), Medicus Mundi International (MMI), Klimawandel und Gesundheit (KLUG), Zorg voor Klimaat.

Highlights of the webinar

(deepl translation – our apologies for mistranslations)

“How is it possible that the fossil industry keeps extracting more and more oil and gas while people are dying and the earth is on fire?”, Martine Doppen, campaigner at Reclame Fossielvrij (Fossil Free Advertising), opened the webinar with a speech and a presentation. “One important reason: the fossil industry is still allowed to promote itself and its harmful products with advertising.” Martine explains that people see an average of 5,000 advertisements a day, among which is a lot of fossil advertising. “Globally, these advertisements cause the extra emissions of about 75 large coal-fired power plants every year. These emissions could have easily been avoided. These ads keeps fossil fuel normal. As long as ads from the fossil, aviation and automotive industries continue to invade our public spaces and brains, massive behavioural change needed for a sustainable future will never come in time.” Reclame Fossielvrij is campaigning for a law that bans fossil ads.

Tobacco law for the fossil industry

WHO Director Maria Neira had agreed to speak, but unfortunately had to cancel because she was out of range at the time of the session. Because she regularly makes the comparison between the fossil industry and the tobacco industry when it comes to air pollution, we would have liked to hear her opinion on a law that bans fossil advertising, just like tobacco. Isn’t it time to tackle the fossil industry in the same way as the tobacco industry?

“Without a ban on fossil advertising, nothing will change”

Jessica Beagly, policy advisor for the Global Health and Climate Alliance (GHCA), is speaking. She interviewed the experts for the report ‘Burning issues, inspiring problems’, which called for the fight against fossil fuels to be tackled in the same way as the fight against tobacco. “Five years ago I spoke to two experts on the health damage caused by air pollution; one wrote about the fossil industry, the other about the tobacco industry. Both said at the time: ‘Without a ban on fossil advertising, nothing will change’. At the time, a ban seemed a long way off. But fortunately, five years later, we now have this conversation.”

One of the conclusions of the ‘Burning Issues’ report is that all the tools in the box should be used and a ban on fossil advertising is certainly one of them. It also points out the importance of “first movers”; the cities that ban fossil advertising in anticipation of a law. They get the ball rolling, change the narrative and also the international perception of the policy that is necessary and feasible.

Jessica cites a WHO report that identifies a ban on tobacco advertising, promotion and sponsorship as a ‘best buy’ measure to tackle tobacco-related diseases; one that is both effective and cheap, and one that governments cannot afford to ignore. The WHO is now said to be working on a ‘best buy’ report to tackle air pollution. As with tobacco, a ban on fossil advertising could play a major role in changing social norms, says Jessica.

As a way to implement it, she points to the Fossil Fuel Non Proliferation Treaty. This is an international movement in which municipalities and care providers can speak out for restrictions on the fossil industry and for a fair transition. “A ban on fossil advertising is an important part of that.” The Treaty is intended to be implemented worldwide, just like the Nuclear Non-Proliferation Treaty.

What effect do fossil advertisements have in the Niger Delta, which suffers more than any other region from fossil companies like Shell, Total and ExxonMobil? The second speaker is Ken Henshaw, director of We the People, a social movement that opposes Shell and the other oil companies that have been destroying livelihoods in the Niger Delta for 70 years. Old and poorly maintained oil pipelines of thousands of kilometres run right through backyards and farmland.

“One oil barrel leaking destroys the lives of thousands of people, of entire communities. Farmers can no longer cultivate their land, fishermen can no longer fish. And the water that people drink contains the carcinogenic benzene. 900 times more than is safe.” Ken takes us to a village in the Niger Delta and describes what you see there. “Posters with death notices on the walls. One after the other. Thank you for a life well spent’, it says. With the ages: 26 years, 36 years, 41 years. Imagine: 41 years old and that’s a life well spent.”

But even though the consequences of fossil fuel extraction are as painfully obvious in few places as they are in Nigeria, it is difficult to fight the power of the fossil industry there and activists are even dismissed as saboteurs. This is also due to fossil advertisements, Ken explains. “The fossil companies distribute advertisements in the rest of Nigeria and the rest of Africa saying that they create jobs, that they sponsor sports clubs. That they give scholarships to students, that they are a green energy company that invests in the environment, for example to plant trees together with the local community. They call that corporate social responsibility and they throw a lot of money at it to advertise it.”

Because of those advertisements, people in Nigeria think that they cannot do without the oil industry, says Ken. And that affects him and his fellow fighters personally and makes the struggle more difficult. “Because of all the advertisements in which the fossil industry emphasises what they are doing well for Nigeria, that they are important for the economy, many Nigerians see activists who are fighting the fossil industry as the enemy. As traitors even, who are out to cause the economy to collapse by demanding that oil extraction stops.”

According to Ken, there is a direct link between the CO2 compensation advertisements in rich countries and the expropriation of indigenous land and deforestation in Nigeria. “These ads are shocking to me. I believe carbon offsets just don’t work.” Shell for example promises customers in multiple countries that they can drive CO2 neutral if they pay an extra cent per litre. That is deception. And harmful in many ways. For the climate, but also for the indigenous population of Nigeria.

“For 1,000 years people in this area have taken care of the rainforest. They did so because they felt one with the forest. They were the forest. But now their land has been expropriated for the carbon credits of the REDD+-CO2 compensation programme and the indigenous peoples were supposed to get money to protect the forest. But that money never came. As a result, deforestation is now happening on an unprecedentedly massive scale.”

Ken emphasises that the damage caused by the fossil industry must be made visible everywhere and to everyone. “Also in the countries far away from oil production, where the shareholders live. That is why a ban on advertisements is necessary, because they serve to cover up the destruction.”

He calls international law the playing field of the powers-that-be par excellence. “There are still so many countries dependent on the export and import of fossil fuels. And there are a lot of countries that depend on those countries. There is a lot of power politics. Asking the most powerful countries on earth to impose restrictions on their fossil industries is almost like asking them to give up some of their power. You will never get these countries on board in a treaty.”

Countries with the right to health in the constitution

Or, if a country has already signed the treaty, it can still take a long time before it is ratified. Only after ratification is it legally valid. The UK took 50 years to ratify the European Convention on Human Rights after the signature. Mark therefore sees more opportunities in national legislation. “The countries that have anchored the right to health in their constitution stand the best chance of doing so. He also sees opportunities in regional contexts, especially if they have their own government and court. “Like the European Union, where human rights have an important place. It can work very well if the EU, or a group of countries within the EU, introduce the law, which can then take it to the international level.”

Advertisements and lack of awareness

Doctor Omnia El Omrani sees the consequences of air pollution and climate change every day in the Emergency Room of the Cairo hospital. Besides her job as a doctor, she also works for various international (youth) organisations. Omnia explains that she visits many countries, such as Tanzania, Taiwan, Slovenia, Rwanda and the Middle East. “There is often no regulation for fossil advertising and not yet for tobacco. Sometimes tobacco advertising on the street is banned, but the ban does not apply to social media. This shows that there is a lack of awareness in those countries about the climate crisis, air pollution and the damage of tobacco. There is also a lack of a call for legislation.”

In the ER because of tobacco and air pollution

Omnia treats patients with asthma, pneumonia and infections caused by air pollution from traffic, for example. “Combined with smoking, this not only causes illness but also affects their treatment. For example, many operations are postponed due to poor lung condition. This is due to air pollution caused by fossil fuels.”

Young people as targets of advertising

She organises workshops to encourage medical students to care not only for patients and the people around them, but also for the planet. In the workshops, the young doctors explore how they can influence policies against climate disruption and air pollution. “One of the topics that came up frequently was a ban on fossil fuels. Especially from the perspective of young people. Because young people come into contact with advertisements on social media more often.” Young people are also specifically targeted by the fossil industry.

Advertising and lack of awareness

She sees a big difference in awareness of climate disruption between countries in Europe and low- and middle-income countries, such as Egypt. “Egypt is economically very dependent on the fossil industry. But despite this, we must continue to raise awareness and approach the urgency, which is why we must also push for a ban on fossil advertising. Especially from the perspective of young people, we must actively call for an advertising ban. Because these advertisements not only affect the planet but also people’s health.

Omnia is a representative of the Youth Sounding Board of the European Commission. In that capacity, she will go to COP27 this autumn, where she will once again bring attention to the health aspects of climate disruption. And should there be another big delegation from the fossil industry like the one at COP26, Omnia will make sure they will not be able to exert their influence unseen.

Sign here for an EU ban on fossil ads