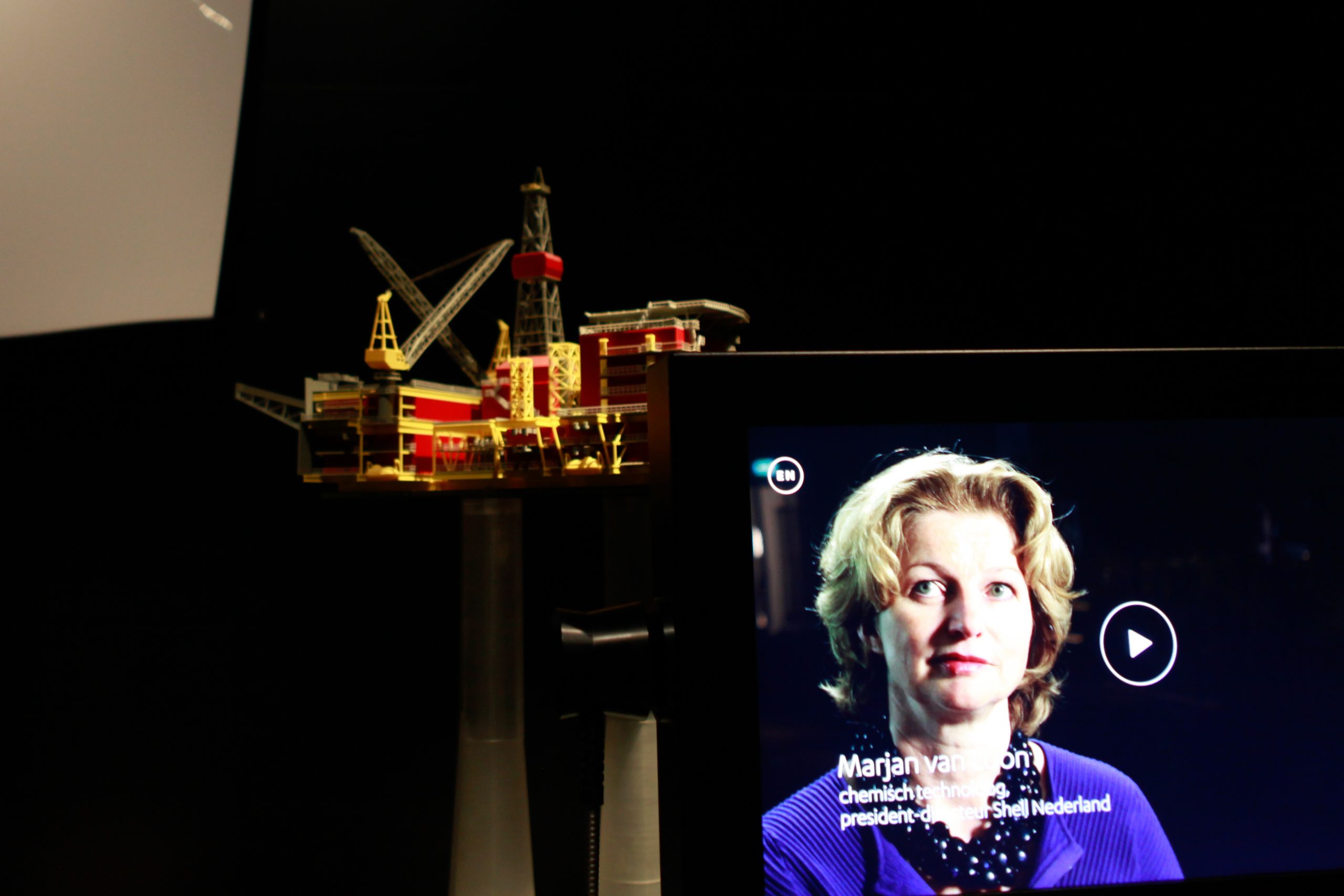 With relatively small amounts, Shell and NAM (gas extraction company owned by Shell and Exxon) exert a lot of influence on the content of exhibitions in the Netherlands Open Air Museum, Rijksmuseum Boerhaave and the Drents Museum. In this way, the fossil companies write themselves into Dutch national history. This is the conclusion of historians Gertjan Plets (Utrecht University) and Marin Kuijt (Leiden University) in a publication published today.

In exhibitions, catalogues and education for children, the Netherlands Open Air Museum, Rijksmuseum Boerhaave and the Drents Museum present their fossil sponsors and the fossil sector as national pride. “The environmental impact is kept out of sight by focusing mainly on the benefits of oil and gas for the creation and prosperity of the Dutch welfare state and the agricultural industry,” Plets and Kuijt write in BNGM – Low Countries Historical Reviews, the internationally renowned scientific journal for the historiography of the Netherlands and Belgium.

“Shell and NAM paint a picture of themselves in the museums that is as positive as possible,” Marin Kuijt says in a video accompanying the article. “This is more than advertising or PR. You see them trying to convince the visitor of their role and the importance of fossil fuels in the past, present and future of the Netherlands. They are writing themselves into Dutch history.”

“It is selective historiography that takes centre stage,” says Dr Gertjan Plets. The authors emphasise that visitors to the museums, many of whom are children, expect to receive ‘objective and value-free information’. Instead, they see that the museums, with their stories, are in line with the ‘energy literacy’ narrative of the Top Sector Energy (a partnership between the Dutch government and the energy and gas sector). The idea of this public-private strategy from 2011 was to improve the image of gas at a time when criticism of gas was growing due to the earthquakes in Groningen and climate change.

In principle, museum curators are independent, but in practice this proves difficult. Even if the sponsor does not explicitly ask for influence, the recipient will tend to flatter him, Plets and Kuijt observe. This is because representatives of the sponsors sit on supervisory boards, but also because a long-term sponsorship relationship is important for museums in the Netherlands. The government requires museums to raise at least 17.5% of their costs from private parties in order to qualify for a grant. In this way, Shell and NAM receive maximum exposure for a minimum investment. Because the government covers the rest of the costs through a subsidy, the taxpayer pays most of the PR and marketing for the fossil industry, the historians conclude.

“The findings are remarkable,” says Femke Sleegers of Reclame Fossielvrij (Fossil Free Advertising). “When we asked Rijksmuseum Boerhaave about Shell’s propaganda, including the video of Shell CEO Marjan van Loon in the permanent exhibition, they swore that their main sponsor Shell had no influence on the exhibition. This valuable research shows that this is in fact the case: they are paying lipservice to Shell and NAM. By doing so, they influence the image that adults and children have of these companies and the fossil industry.”

Reclame Fossielvrij is fighting for a legal ban on fossil advertising, just like for tobacco. That ban would also apply to sponsoring of cultural institutions, sports and educational material. Following their campaign, the city of Amsterdam decided to ban all fossil fuel ads.

Fossil Free Culture NL is a collective of artists and activists working to eradicate fossil fuel sponsorship from the cultural sector in the Netherlands. Following their campaigns, the Van Gogh Museum and the Concertgebouw ended their sponsorship agreement with Shell in 2018 and 2020 respectively.

Examples highlighted in the publication

In 2014, NAM donated a yes-no plus €80,000 to the Nederlands Openluchtmuseum. The accompanying exhibition – which also includes education for children – praises the role of gas in the Dutch food industry (‘plants absorb CO2’), pleasant living and our prosperity. The gasquakes in the Dutch province Groningen are only mentioned last, as the downside. By constructing the text in this way, “the damage to property and cultural heritage is presented as a necessary evil for a welfare state and a modern country.”

In the period 2011-2012, Rijksmuseum Boerhaave was not doing well financially. Shell came to the rescue and, according to the researchers, this was reflected in the exhibition ‘Hidden forces, in search of energy’. “The narrative of the exhibition perpetuates the image that the search for energy and fossil fuels is an intrinsic part of the Dutch national identity: ‘typically Dutch’.” The catalogue is a tribute to fossil fuels and concludes by listing the disadvantages of renewable energy. This exhibition coincided with the growing criticism of gas extraction in the Netherlands.

In the current permanent exhibition, Rijksmuseum Boerhaave presents Shell as an engine of innovation and science. “Perhaps Shell’s most remarkable addition is a video starring Shell Netherlands director Marjan van Loon. This short video is part of a larger video installation in which five Dutch scientists reflect on contemporary developments in the ‘national’ scientific establishment. In the installation, Van Loon can be seen among famous professors, including two Nobel Prize winners. The inclusion of Van Loon and her company not only successfully places her in the broader history of (Dutch) science, but also lends Shell authority and legitimacy.”

In 2017, the curators of the Drents Museum offered the most rebuttal to their long-term sponsor NAM. But even then the influence of NAM on the content is apparent. For the exhibition “connects NAM with the environment and praises the company as a key player in the debate on renewable energy.”

In previous exhibitions at the Drents Museum, the oil and gas narrative was still paramount and children learned, for example, that toys are made from oil. In this way, the museum emphasised the dependence on oil and gas (‘energy literacy’).